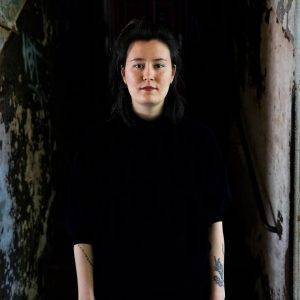 After spotting her on soundcloud we experienced Marie playing at Crack Bellmer and Rosis, we just got hooked to her sound!
Berlin based Marie is a down to earth person with some serious humor and a big heart. Which is something you hear back in her sets. She recorded a vinyl only mix for us with a musical journey throughout House Music.

Tracklist:
1. DJ Assam – With A Sound In My Heart (Original Mix)
2. Ramadanman & Midland – Your Words Matter (Original Mix)
3. HiRo – Ruby Likes Dubstep (Kris Wadsworth Weird Male Butts Remix)
4. Ortella – 69Ers (Original Mix)
5. Johan Kaseta & DJ Assam – Back Quality (Original Mix)
6. Duky – It Takes One (Original Mix)
7. Brame & Hamo – Triple Treat (Original Mix)
8. Florian Hirche – Ustad (Original Mix)
9. Herb LF – Oberheimer (Original Mix)
10. 2Vilas – Vartar (Politics Of Dancing Remix)
11. Liam Geddes – For The Time It Took (Original Mix)
12. DJ W!ld – All Night Long (Original Mix)
13. Ortella – Don’t Hurt Me No More (Original Mix)Bio:
Born in the ghettos of Berlin-Charlottenburg in the 90’s, her childhood was spent watching MTV and producing mixtapes from radio recordings of artists such as Outkast and the Backstreet Boys.She taught herself guitar while volunteering as a scout leader, performing expletive laden love ballads around campfires and leading schoolgirls through the dark forests of Slovakia where she even survived a bear attack.After a brief stint busking on the streets of Dublin and little Irish villages to pay for her beatnik lifestyle travelling to odd corners of the globe, she then spent 3 years studying to be a German teacher before dropping out just before she graduated to become a DJ.