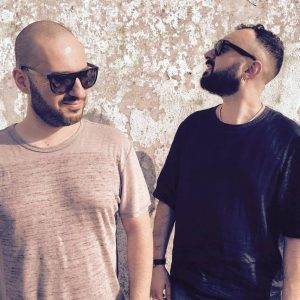 Ruff Stuff have been on our radar for quite a while now. They first caught our attention with their first release on Ruff Stuff Music Ltd in 2015. The Italian duo have prepared a delicious Mix for us containing warm Housy beats in addition to some disco vibes, Jazzy influences and a touch of Acid and break-beats. We are very happy to have them on our mix series for more quality underground House Music.

Berlin based duo Ruff Stuff released their fourth EP in July this year on their own label. A 12 inch vinyl limited release including three tracks and one remix done by Black Loops. The first track of Side A “Never Ending” is a Lo-fi oldschool House track, followed by the second “M.A.M.T.” with warm techno stabs and lovely high-hats. Side B includes “Flying” with some disco samples, a steady groove and a touch of acid. The last track of the record is the Black Loops remix of “Flying” with different arrangements of the used samples and the Black Loops Vibe!

Bio:
Ruff Stuff, also known as Francois Le Roy and Nanni, is a collaboration between two DJs active on the international underground scene for a number of years. Both DJ’s grew up during the 90’s electronic wave, firstly as clubbers and then as DJs and vinyl enthusiasts.

Francois Le Roy and Nanni have both had extensive solo careers. Francois Le Roy, grew up in the South of Italy where he was influenced by underground techno from an early age.
Taking to DJ’ing in 1995, Francois quickly became the hottest property on the local scene. Francois’s passion for dance music inspired him to branch out from DJ’ing and develop his own sound. In 2006 Francois rose to fame with the “MaGmA” international radio network who recruited him as one of their up and coming DJs on the MaGmA Global Groove Radio Show.

In 2010 Francois had a number of releases including, “Taj Mahal” a track championed by DJ Pathaan of the UK’s BBC Asian Network on his compilation “Musical Rickshaw”. This paved the way for the “Did You Get it” EP on London based Serotonin Digital, released in 2011. With a host of releases to his name Francois Le Roy brings a wealth of experience to this versatile duo.

Nanni’s addiction to music came to a forefront in 2009 as he embarked upon his production career. Coming from Bari, in the south of Italy, Nanni was influenced by the electronic sounds of the 90’s. House to Techno with smatterings of Garage can all be heard in Nanni’s productions. Nanni’s work with fat basslines, warm pads, chopped vocals and sheer grooves, has seen him drop releases on a variety of record labels.

Despite following different musical paths, the pair decided to merge their experiences and formed a communal project. Originally releasing tracks as Francois Le Roy and Nanni the pair grew in stature, gaining them extensive coverage for their remix of Squarehead’s “Bats”, and their track “Going Back to Detroit” saw a stylistic additional mix which also featured on T. William’s BBC Radio 1 show.

Now have both worked for a considerable amount of time on their respective solo careers and collaborated on each other’s productions, the pair have formed the Ruff Stuff project.
A single unique entity which combines the spirit of both producers, the Ruff Stuff project is rooted in the influences of old school House, Techno and Garage with a propensity to find the newest, freshest sounds.