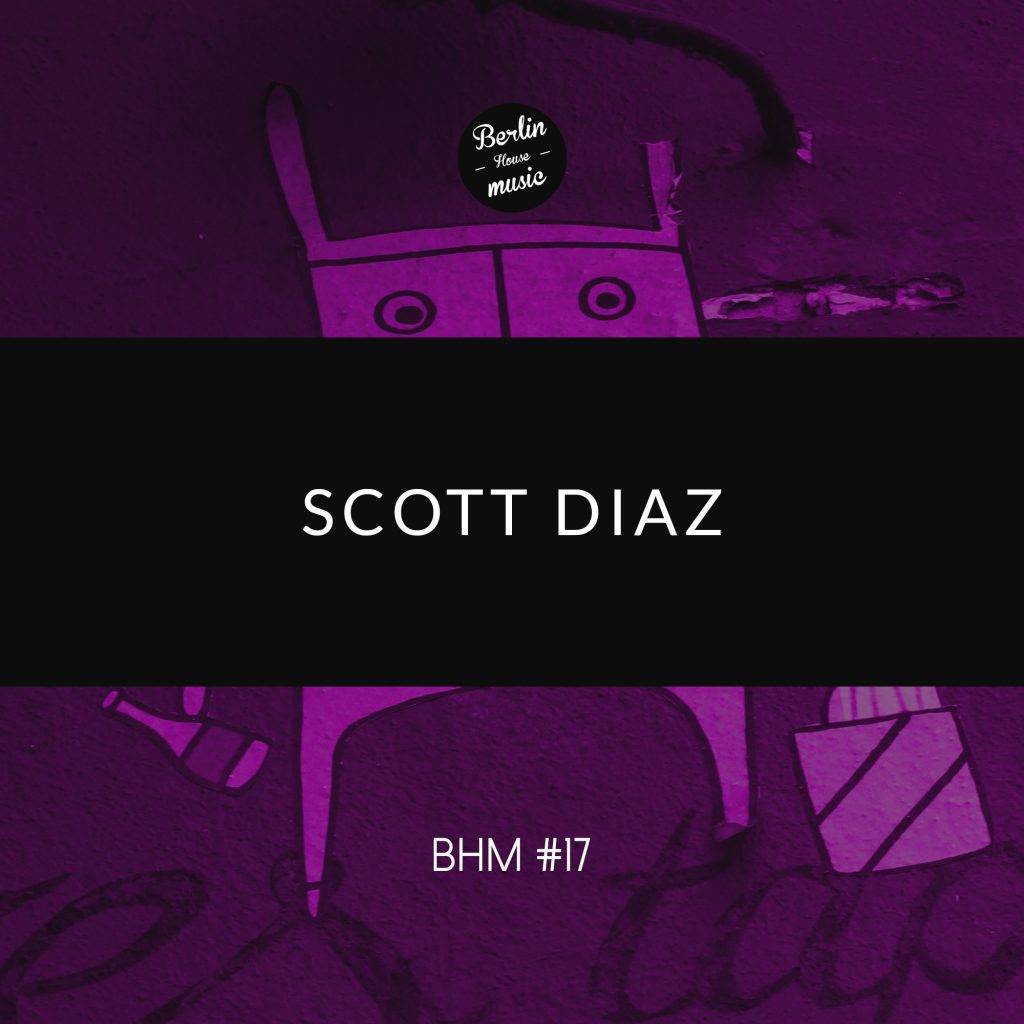 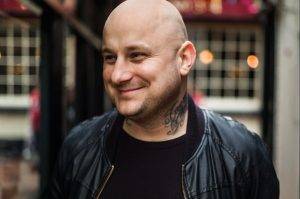 We very happy to welcome Scott Diaz to our Mix series! Amazed by his sound since a few years, we finally got in touch with him to play at our event Relationshop at Loftus Hall this Friday! It is Scott’s first time in Berlin and we are looking forward to see him play!
He prepared a mix to get a taste of what he will be playing. So take a listen, enjoy and see you Friday.

Scott Diaz has ploughed a wide and all encompassing path during his 15 years as a DJ and artist, playing and producing right across the spectrum of house. Never one to be pigeon-holed, his inﬂuences and sound range from jacked-up warehouse grooves and the club-focused UK house and tech sound, right through to raw, soulful, jazzy cuts, ﬁltered disco and mid-90’s U.S jams, taking in all that’s great about modern dance music. Whichever sub-strain of house, garage, disco or jazz-ﬂecked vibes he turns his hand to, it would be fair to say that he’s ﬁrmly cemented his place as one of the most diverse and exciting producers to emerge in recent years. His peers would seem to agree, with the likes of Todd Terry, Josh Butler, Oliver Heldens, Simon Dunmore, David Penn, MJ Cole, MK, Sam Divine, Sonny Fodera, Black Loops, Meggy, Joey Negro, Mark Farina, Friend Within, ATFC and Low Steppa all charting and supporting Scott’s music. Traxsource featured an impressive 7 of his records in their ‘Best of 2016’ lists as well as placing him in their top 50 deep house artists at the end of 2014, 2015 and 2016. In 2017 he went several better, being named at the #8 spot with no less than 10 remixes and productions being included in Traxsource’s end of year bestsellers lists. February 2018 saw his debut on London’s Defected Records – a pumped-up peak time remix of Rapson’s ‘Heat’ which hit the House Top Ten on both Beatport & Traxsource, garnering Radio 1 support in the process. This was quickly followed by his remix of Mousse T.’s club classic, ‘Horny’, plus the outstanding ‘Endless Luminosity’ EP – described as ‘3 cuts of danceﬂoor gold’ and supported by Gene Farris, Gorgon City, Moodymanc, Studioheist, Fish Go Deep and more. Studio success is fundamental to Scott, but the true test of a DJ remains in the clubs. In the UK, London, Brighton, Shefﬁeld, Bristol, Sunderland and everywhere in between has experienced the Scott Diaz vibe, and in that same spirit he’s been rinsing his passport over the last few years too, performing in Ibiza, Switzerland, Amsterdam and Portugal, as well as Russia and extensively across the USA (LA, Detroit, San Francisco, Cleveland, Philadelphia, Phoenix & more). His reach and appeal continues to grow exponentially, rocking parties alongside the likes of Huxley, Hot Since 82, Flava D, Prok & Fitch and Martin Ikin. No matter the venue or occasion, he maintains the same refreshing approach to his sets as to his productions, using his own remixes, unreleased edits and mixtools and playing right across the underground spectrum. The result is a cultured blend of classic inﬂuences and modern club-ready grooves – always with the danceﬂoor in mind From a press perspective, he’s an interviewer’s dream – always warm, thoughtful and honest, and able to talk freely about all aspects of the music business. He’s been covered in Mixmag, Magnetic Magazine and DJ Mag Latin America, plus numerous blogs and online publications. He was recently interviewed and appeared on DJ Spoony’s and Low Steppa’s Rinse FM shows, and in addition he’s provided noteworthy guest mixes for Grant Nelson’s Housecall, DeepInside Radio and the ‘Global Dance Session’ – each of which are syndicated to over 2 million people worldwide. Never one to rest on his laurels, Scott continues to evolve as an artist with a strong focus on his DJ sets and original productions. On the gig front, 2018 already looks extremely bright with a number of UK and European dates conﬁrmed, plus appearances at Defected Croatia, Defected Ibiza and more to be announced.

Set up as an outlet for his deeper, jazzier productions, Scott’s ambitious label project, ‘Grand Plans’ launched in the autumn of 2016, releasing, in his own words, “lovingly-curated electronic music with heart & soul” – allowing him to share moments and music as emotive, inspiring and life-afﬁrming as the ones that shaped him. Now on its fourth release, the foundations are being impressively laid with features and support across most of the major dance retailers, magazines and blogs (DJ Mag, Beatport, Traxsource, Juno, WhatPeoplePlay, When We Dip, Heed The Sound, Soundspace, and Knights Of The Turntable) as well as chart placements on Tunes in Japan and other territories. DJ support has come from a stellar cast of names including Tensnake, Till Von Sein, Lovebirds, Maya Jane Coles, Riva Starr, Andy Daniell of Defected, Matthias Vogt, Laurent Garner, Horse Meat Disco, Giom, Lay-Far, Eric Kupper, Sam Divine, Low Steppa and many more.