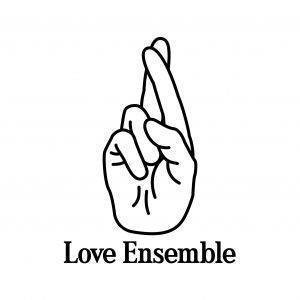 After a successful premiere of Love Ensemble’s track: “Space Thoughts”, we took the opportunity to ask them for a mix. The guys came up with an 99% unreleased mixtape which majorly existed out of their own productions. This makes the mix even more interesting to experience their taste in House and Deep-House music. Check it out!

House music quintet founded towards the end of 2018 in Berlin. Consisting of Horsemen, Nephews and DimSum, both duos and the swiss man all met ahead of the second release of Apér’House Recordings. From that point on, they noticed that something needed to be done with the mixture of their respective musical directions.
A few months after their first gig at MS Stubnitz in Hamburg, they decided to go on a journey deep in the woods of brandenburg, Germany. The unexpected happened, and the love spreading boyband came up with a 4-track EP that was released in July 2019.
Love Ensemble’s musical identity oscillates between the raw house feeling and micro-house vibe to deliver an ethereal club atmosphere.
Respective owners of: Twofivesix Records, Metro Beirut & Apér’House